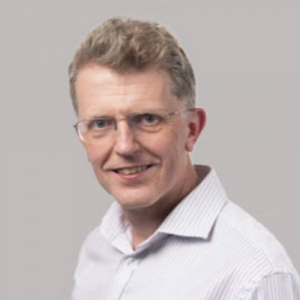 FRCS (Fellow of the Royal College of Surgeons of England)

Association of Surgeons of Great Britain and Ireland

Association of Military and Trauma Surgeons

He has gained extensive expertise throughout his career. During his medical training, and following his Certificate of Completion in General Surgery, he practised in the NHS, the military and in New Zealand, in roles which enabled him to acquire the skills that he continues to use to benefit his patients.

A Substantive Upper GI and General Surgery Consultant at Worcestershire Acute Hospitals NHS Trust since 2014, John is committed to continued professional development. In order to ensure that his skillset and knowledge continue to be current, he attends educational courses and has taken part in various conferences and meetings which have helped to further increase his specialist competence. He has also written and contributed to publications relating to his area of expertise and has presented to his peers at conferences in the UK and abroad.

He is currently a member of the faculty of surgical trainers with the Royal College of Surgeons of England as well as a trainer with Advanced Trauma and Life Support, Care of the critically ill patient and an endoscopy trainer. Undergraduate teaching commitments include of Senior Academy Tutor and a validated examiner for Birmingham University Medical School, where he teaches and lectures medical students. In addition, he is a reviewer for the British Medical Journal.

This site uses cookies. By continuing to browse the site, you are agreeing to our use of cookies.

We may request cookies to be set on your device. We use cookies to let us know when you visit our websites, how you interact with us, to enrich your user experience, and to customize your relationship with our website.

Click on the different category headings to find out more. You can also change some of your preferences. Note that blocking some types of cookies may impact your experience on our websites and the services we are able to offer.

These cookies are strictly necessary to provide you with services available through our website and to use some of its features.

Because these cookies are strictly necessary to deliver the website, you cannot refuse them without impacting how our site functions. You can block or delete them by changing your browser settings and force blocking all cookies on this website.

These cookies collect information that is used either in aggregate form to help us understand how our website is being used or how effective our marketing campaigns are, or to help us customize our website and application for you in order to enhance your experience.

If you do not want that we track your visist to our site you can disable tracking in your browser here:

We also use different external services like Google Webfonts, Google Maps and external Video providers. Since these providers may collect personal data like your IP address we allow you to block them here. Please be aware that this might heavily reduce the functionality and appearance of our site. Changes will take effect once you reload the page.